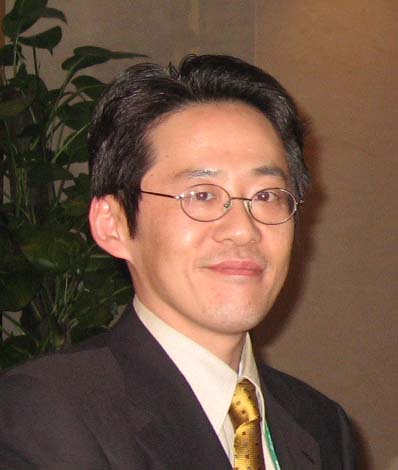 The JMSA Interview Series is a student-ran project sponsored by JMSA and the Honjo and Nishioka Foundations, where medical students interview attending physicians in various specialties. The interviews are posted online for educational purposes.

Our first international interview is with Dr. Kosaku Amano, a neurosurgeon in Tokyo. Please click “Read More” to view the full article. You can also visit the student project page to view other interivews: http://jmsa.org/projects.html

Dr. Amano is Assistant Professor of Neurosurgery at the Tokyo Women’s Medical University in Japan. He specializes in the surgical treatment of pituitary diseases. JMSA had the opportunity of meeting with him during a US-Japan exchange program seminar.

Dr. Amano, you’ve had unique international experiences growing up, and took interesting paths towards medicine. Could you tell us about your childhood and your time as a student?

My father’s job took us to Hong Kong during elementary school, and New York during junior high. Most of my classmates from those years followed their parents’ footsteps, and are currently working overseas. I was initially interested in becoming a diplomat or lawyer, and I also liked the idea of working internationally. So I decided to go to law school with these simplistic notions. However, law school was somewhat different from what I had expected. My high school days were all about baseball, and I soon realized that I wasn’t passionate about law like I had been for baseball. That’s when I started considering medicine.

However, I knew that my parents would not agree with my decision. So I secretly studied for the medical school entrance exams on my own, while still attending law school. I took the exam, and was accepted. That was the happiest moment in my life. And then did I tell my parents about my new career. However, that was also the beginning of a long road of hardship.

In Japan, the scholarship and financial aid systems are not as developed as in the United States. Hirosaki is a national university so the tuition was only $3000-$4000 a year, but it’s difficult if you consider living expenses as well. The 6 years of medical school was a constant battle with being poor. Many of my general education credits were transferred from law school, so I had time to work hard to make money during the first 2 years. Hirosaki is a relatively rural area, so the pay was less than half of what you would make in Tokyo. I was a private tutor on weeknights, an instructor at a Yobikou (prep school) during the weekends, and made money during the day at Pachinko. Of course I couldn’t do Pachinko during the subsequent 4 years of pre-clinical and clinical rotations, but I continued tutoring every night and taught at the prep school during weekends. I studied relentlessly for the end-of-year examinations to be sure not to have to repeat any years. When I passed the national board exam, I was not happy; I was relieved.

How did you decide on pursuing a career in pituitary surgery? What’s a typical week for you?

I practiced general neurosurgical oncology for some time after completing neurosurgery residency. I was a part of the malignant tumor service (eg: gliomas), the benign tumor service (eg: meningiomas), and the pituitary service. I was operating a lot. One day a professor asked what I wanted to do with my career. I replied, “I just want to be the best surgeon possible.” The professor then replied, “Do pituitary surgeries, and you’ll become a better surgeon.” That must have been the beginning. Some time later, the director of pituitary surgeries left for a chairmanship, and I succeeded his position.

Neurosurgery has an undeniable “cool” factor ? among the lay public, popular culture and those in healthcare. After establishing a career in neurosurgery, what aspects are still “cool” for you?

I’m guessing that the majority of those who chose neurosurgery did so because it’s “cool.” I was one of them. I knew I wanted to do something surgical. And of course, as someone who ultimately chose neurosurgery, I wanted to save lives, work on tumors, perform emergency surgeries, and enter a field with potential for new discoveries. However, there were two decisive factors. First, I couldn’t forget the beauty of what I saw when I first gazed into an operating microscope. Second, I thought it would be really cool to be a neurosurgeon.

It’s hard to answer what the most attractive aspects of neurosurgery are. In reality, neurosurgery itself is not glamorous, it’s a very tough job, and not very “cool.” However, I remember when I was a medical student on clinical rotations and had interactions with surgeons in different fields. The neurosurgeons, who you would expect to be the most fatigued after many consecutive days in the hospital, were the only surgeons who would say, “Oh man, I’m tired,” with a smile on their faces. That, I thought was very cool, and was what I wanted to become.

When I remove brain tumors, I go to see the patient’s family, and the first thing I do is to give an “OK” sign without saying anything else. I make a point to always do that with a smile, regardless of how fatigued I am. And then I gradually discuss how the operation went. I like to think that I’m a bit cool when I give that OK sign.

Japan has historically produced many prominent neurosurgeons. Can you please share with us some predecessors who you’ve been influenced by?

Rather than the historically notable neurosurgeons, I most respect Dr. Tomokatsu Hori, a former professor at TWMU whom I directly trained with. He was over 60 years old, and would tell me, “Did you know my surgical skills are still improving?” “Never be satisfied with your surgical skills. That would be the end of your progress.” These are my mottos. I believe that surgeons must constantly desire to become better.

Earlier this year during an ophthalmology rotation in Tokyo, I was amazed at the differences in pathology between the US the Japan. Are there epidemiological differences in neurosurgical diagnoses also?

Moyamoya disease is very prevalent in Asians, especially in Japan. The disease was named in Japan also.

Are there certain topics in neurosurgery where Japanese and American neurosurgeons take differing approaches?

Interestingly, sometimes I feel that Japanese physicians in other specialties have such differing approaches from me that they seem as if they’re from a different country. On the other hand, I often feel that neurosurgeons all have similar ways of thinking, regardless of which country they are from. That’s the impression I’ve had from meeting neurosurgeons from European countries like Russia, Italy, and Switzerland, and from Asian counties like Nepal, Thailand, Indonesia, and China. Neurosurgeons from different countries may speak different languages, but work environments and lifestyles are not that different from one country to another. Rather, I’ve felt that interacting with colleagues from other specialties has offered me opportunities to learn approaches different from mine.

Malpractice insurance is expensive in the United States, especially for fields like obstetrics and neurosurgery. What is the climate like in Japan?

The Japan Neurosurgical Society administers all of the malpractice insurance, so practitioners only pay approximately $500 a year. However, unlike the United States, the pay for neurosurgeons is not higher than other specialties. In fact, all specialties get salaried the same amount. The number of neurosurgeons would decrease if we were charged expensive malpractice premiums on our lower salaries. Even without such issues, each year, fewer and fewer medical students choose neurosurgery as a career.

Intracranial surgery must make patients nervous. You operate on approximately 100 pituitaries per year. How do you garner your patients’ trust? Could you share with us some of your communication techniques?

Patients who come to my clinic for the first time have intimidated looks in their eyes. They are anxious about their newly diagnosed brain tumor and what kind of surgery they will have to endure. First, I tell them, “You will not die from this disease, so please do not worry.” Most patients respond to those few words with a smile of relief. If you do not relax your patients first, they will not be able to process or remember what you tell them next.

I also try to communicate with my patients based on individual levels of understanding. One of the most challenging aspects of our jobs is that we interact with a diverse population: Old, young, male, female, highly intellectual, less educated. A lot of physicians communicate with their patients using medical terminology, but most patients will not be able to understand, and that’s a waste of time. In my first encounter with a new patient, I spend a lot of time trying to determine their level of intellect and understanding. You can tell if your patient is really understanding your explanations if you carefully observe their eyes and facial expressions. It’s very important to tailor and adjust what you talk about based on their level of understanding. It’s also important to use examples in your explanations. If your patients feel that you’re making an effort to communicate effectively with them, they will trust you.