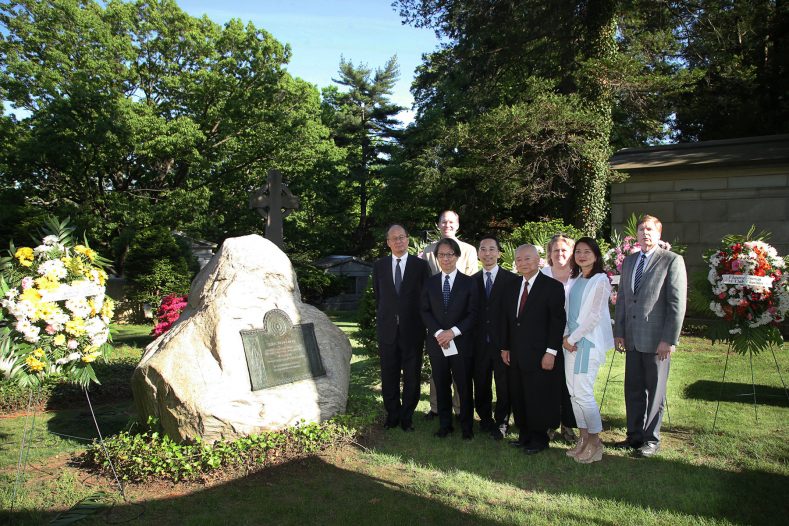 The Hideyo Noguchi Memorial Society (HNMS) held a ceremony on May 21, 2018 at The Woodlawn Cemetery in Bronx, New York to honor the life and legacy of the Japanese scientist. Born in Fukushima, in 1876, Noguchi achieved success as a scientist despite coming from a rural village and handicapped by a fire.  The Rockefeller Institute supported his research for yellow fever.  Dr. Noguchi succumbed to the disease he fought tirelessly to cure while working in Africa in 1928.

HNMS was established in 2013 to strengthen U.S. – Japan relations and to inspire and support children from both sides of the Pacific to study medicine. We also offer a scholarship award each year to a young scientist in life science that upholds the principle that guided Dr. Hideo Noguchi- “Through devotion to science, he lived and died for humanity.”  The Noguchi Memorial at The Woodlawn Cemetery was restored in 2008 by JMSA and is visited by hundreds annually.