87th Dr. Hideyo Noguchi Memorial Day Ceremony was held at The Woodlawn Cemetery on May 21.

The Hideyo Noguchi Memorial Society (HNMS) held a memorial day ceremony at The Woodlawn Cemetery, Bronx, New York to honor the life and legacy of the Japanese scientist on May 21. The ceremony, a tribute to Dr. Noguchi’s 87th memorial anniversary, was a huge success and the event ran very smoothly under the cozy weather with azalea trees being in full bloom in the park-like beautiful natural surroundings. 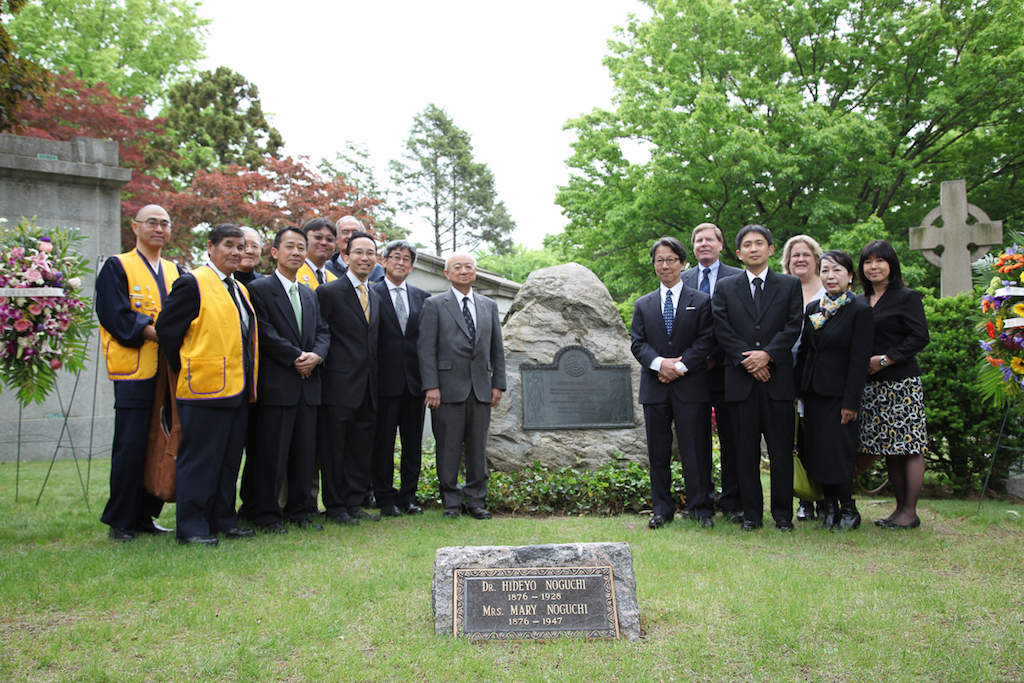 The ceremony started at 11:00a.m. with the opening remarks by Mr. Yoshio Kano, Executive Director, HNMS followed by welcome addresses by Dr. Shunichi Homma, President, HNMS and Mr. Mitch Rose, President, The Woodlawn Cemetery, and then H.E Reiichiro Takahashi, Ambassador and Consul-General of Japan in New York and Dr. Hiro Funabiki, Professor at The Rockefeller University addressed the respectful greetings.

As a highlight of the ceremony at around 11:20a.m., the impressive message from Mr. Yasuo Yago, President of The Hideyo Noguchi Memorial Foundation which is based in Inawashiro, Fukushima, Dr. Hideyo Noguchi’s birthplace was introduced upon being translated into English by Dr. Robert Yanagisawa, Director, HNMS. Also, Mr. Motohiro Satoh, Vice President, The Nippon Club addressed respectful greetings. At the end of the program Dr. Susan Olsen. Director of Historic Services, The Woodlawn Cemetery addressed the closing remarks.

For the memorable ceremony on this day, the beautiful flower arrangements were presented by the following organizations:

Dr. Hideyo Noguchi was born in Inawashiro, Fukushima, in 1876, Dr. Noguchi achieved success as a scientist even though he was raised in a small rural village and was handicapped by a fire. His talent was recognized by the Rockefeller Institute which provided him with the opportunity to conduct research where he focused on a cure for yellow fever. On May 21, 1928 Dr. Noguchi succumbed to the disease he fought tirelessly to cure while working in Africa.

Among the honored guests and officials gathered on this day to remember the internationally acclaimed scientist were Reiichiro Takahashi, Ambassador and Consul-General of Japan in New York, Dr. Shunichi Homma, the Margaret Milliken Hatch Professor at Columbia University Medical Center and founding President of the New York Hideyo Noguchi Memorial Society, Dr, Hiro Funabiki, the professor at The Rockefeller University, Mitch Rose. The president, The Woodlawn Cemetery, Mr. Motohiro Satoh, Vice President, The Nippon Club, representatives from the Japanese Medical Society of America, the Japanese American Association of New York, the New York Japanese-American  Lions Club, the New York Fukushima Kenjin-kai and The Woodlawn Cemetery. Almost 40 people from the public and press attended the ceremony.

The New York Hideyo Noguchi Memorial Society, Inc. (HNMS)  was established in 2013 to strengthen U.S. – Japan relations by inspiring and supporting children from both sides of the Pacific to study medicine. In addition to providing opportunities for students and creative learning, the Society is dedicated to preserving the memorial and memory of Dr. Hideyo Noguchi. The Noguchi Memorial at The Woodlawn Cemetery was restored in 2008 by the Japanese Medicals Society of America, Inc. (JMSA) and is visited by hundreds annually. 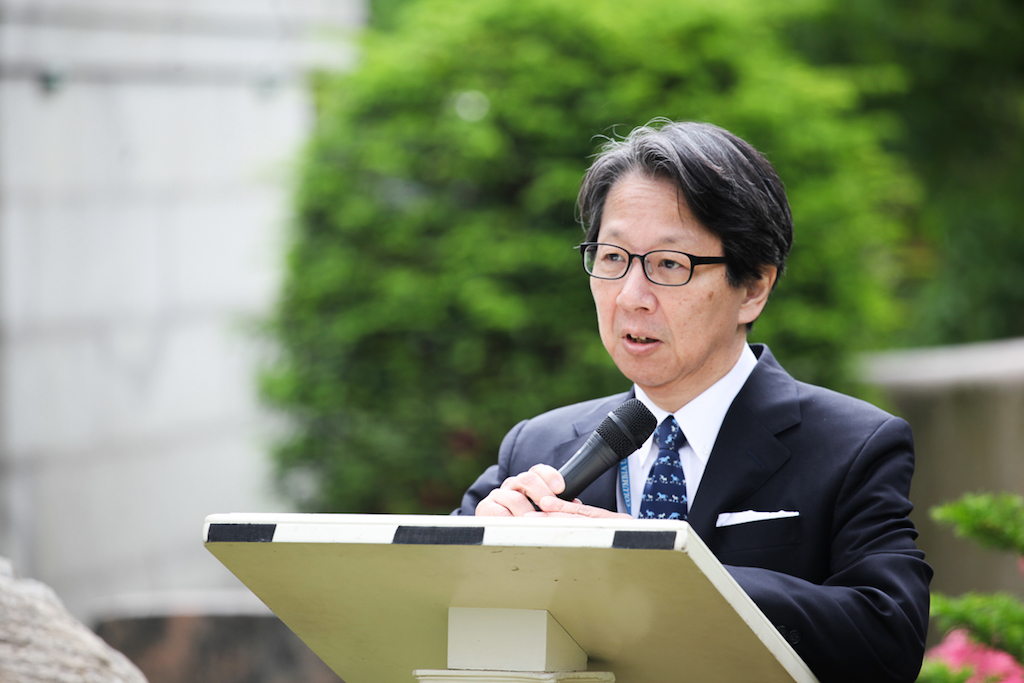