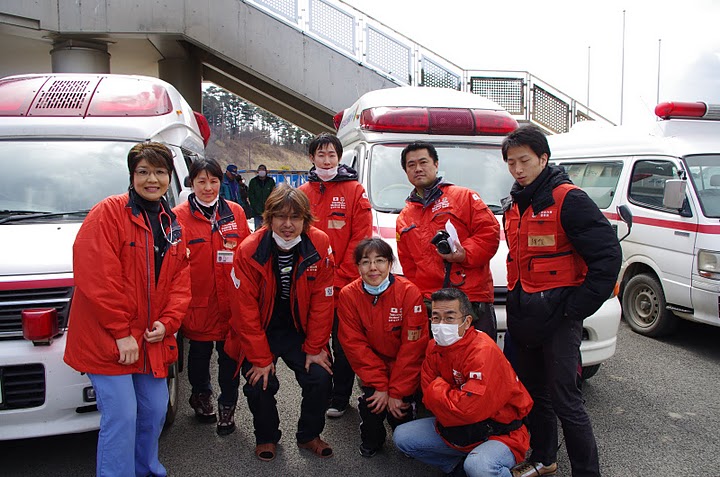 These are photos from Ms. Wakako Ecklund, a neonatal nurse practitioner who worked with the Tokushukai Disaster Medical Assistance Team (TMAT) in Minamisanriku, Miyagi-ken. Her explanations accompany the photos. The images give a glimpse of rescue efforts by TMAT and the staff of Shizugawa Hospital, a local medical facility that was deeply affected by the tsunami. In the album, you will see TMAT members, including Ms. Ecklund (midwest USA), Ms. Kimura (Kanagawa), Dr. Inagaki (New York), and Dr. Kamal Ramani (New York, JMSA board member). 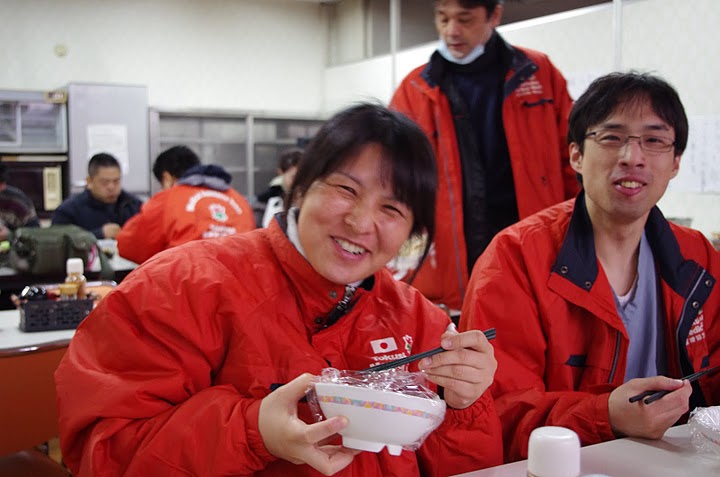 The TMAT team arrives in Sendai and prepares to head to Minamisanriku. Team members Ms. Kimura and Dr. Inagaki have a quick breakfast in the Sendai Hospital employee dining facility.  Since the water supply is still limited, dishes were covered with saran wrap so they could be reused without washing. 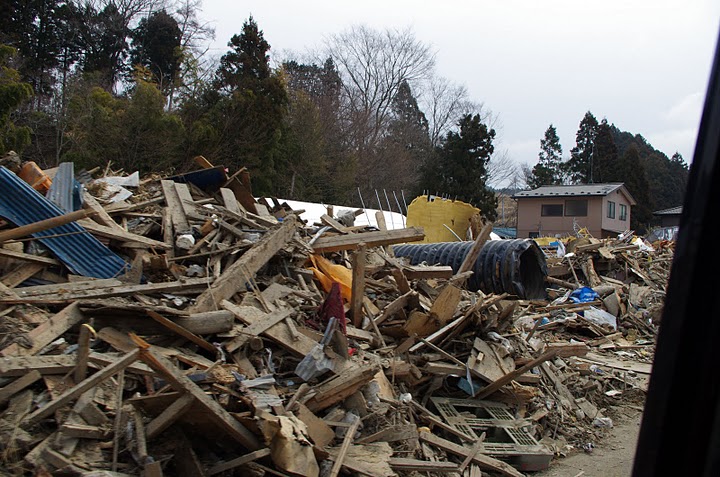 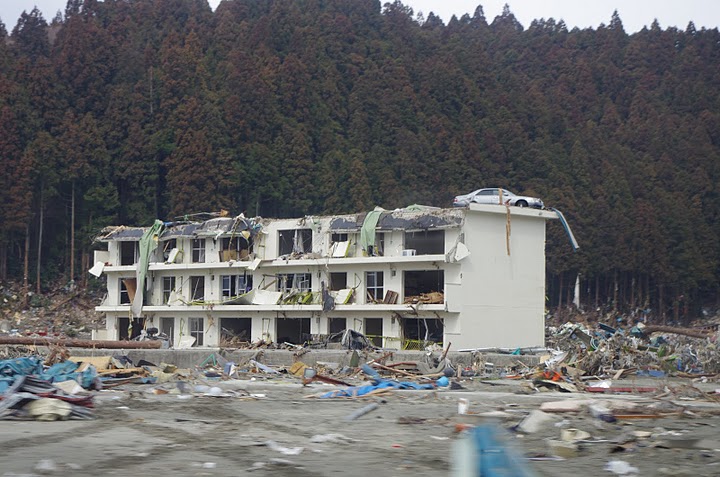 Left:  "When we arrived in Minamisanriku, the devastation became very visible all of the sudden. All of us were in shock seeing how huge the destruction still was after almost 3 weeks. In many places, nothing was touched. "

Right: "A car on top shows how high the water reached." 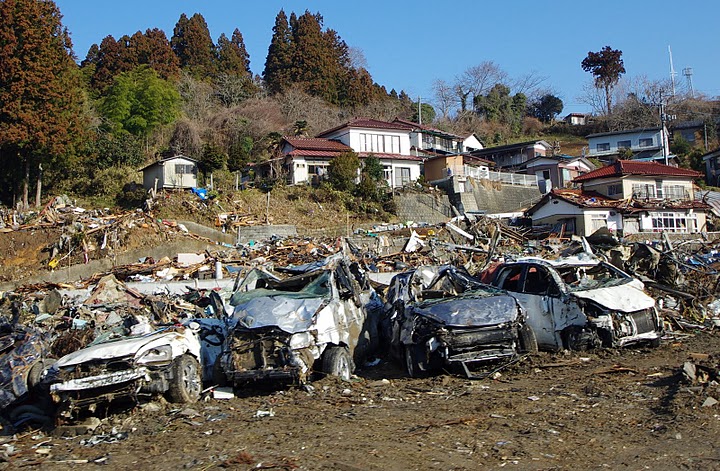 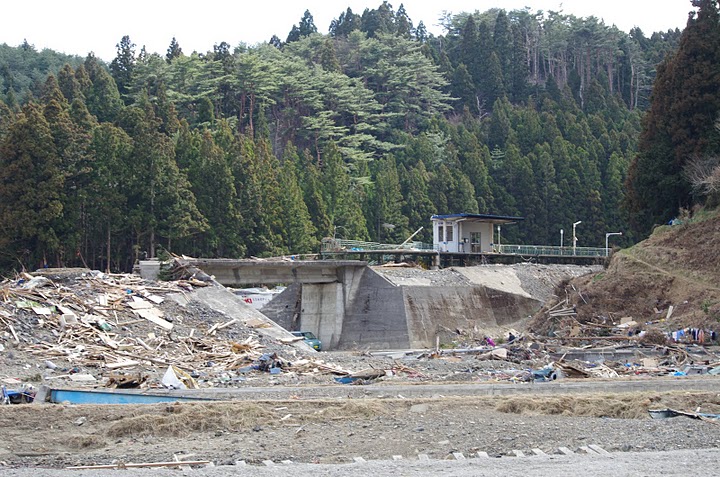 Left: "To me, these cars appear to be crying… They just looked so sad to me. These were parked on the side of the road, I believe near an auto shop was located."

Right: "The train track was severed and Shizukawa Train Station was washed away." 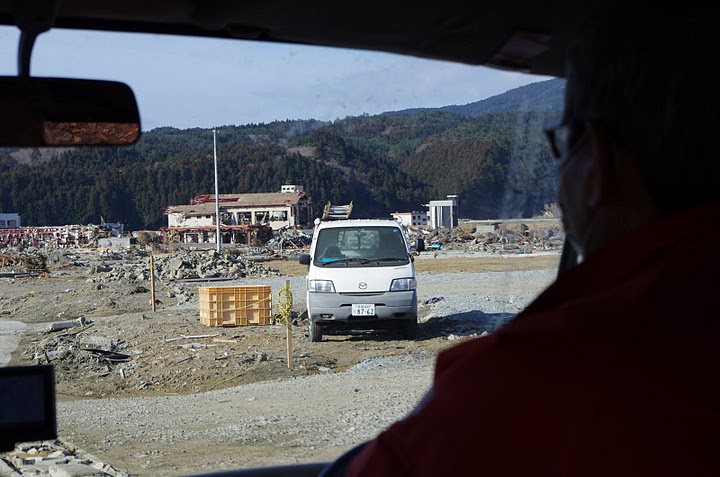 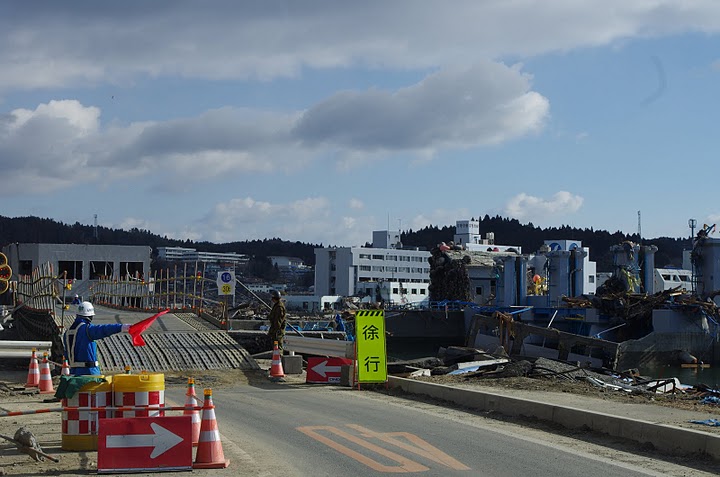 Some recovery efforts are starting to take shape.

Left: "A lot of the cleaning up effort had been done here. (The fact that a car can ride on the streets alone is huge)." 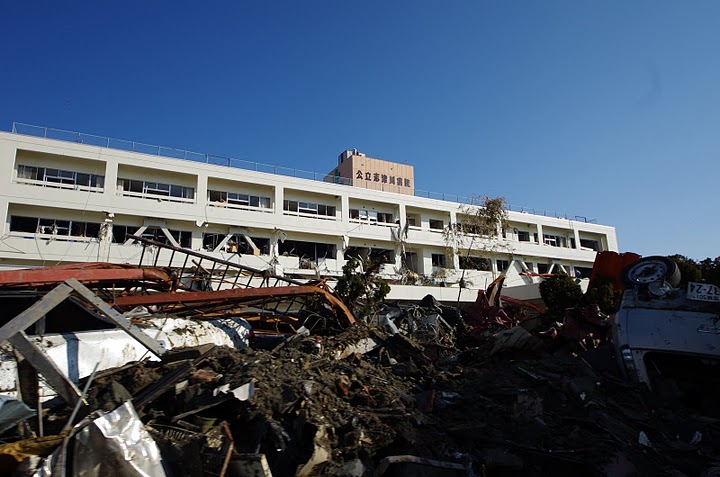 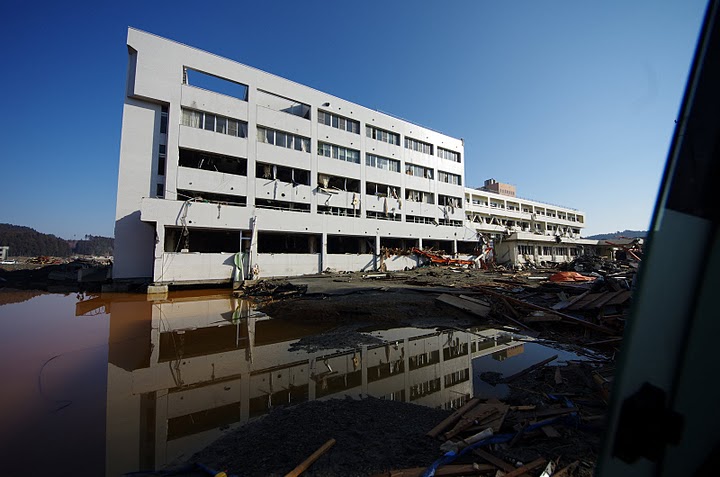 Left and Right: "Shizukawa Hospital is still immersed a bit in water. The water reached the 5th floor of the hospital. Many patients perished." 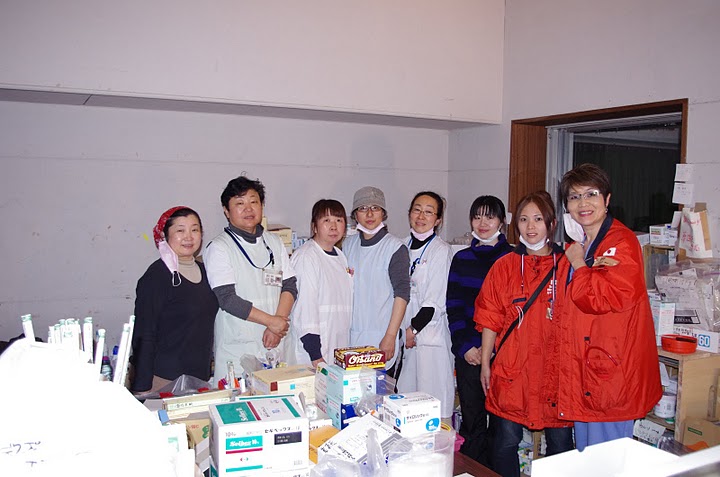 "Shizugawa hospital nurses and pharmacist (6 on the left) along with TMAT nurse, Ikeda san who worked with me. I was honored to be in a presence of these dedicated nurses/pharmacists from Shizugawa hospital which suffered so much loss and damage. I felt like I made many new friends." 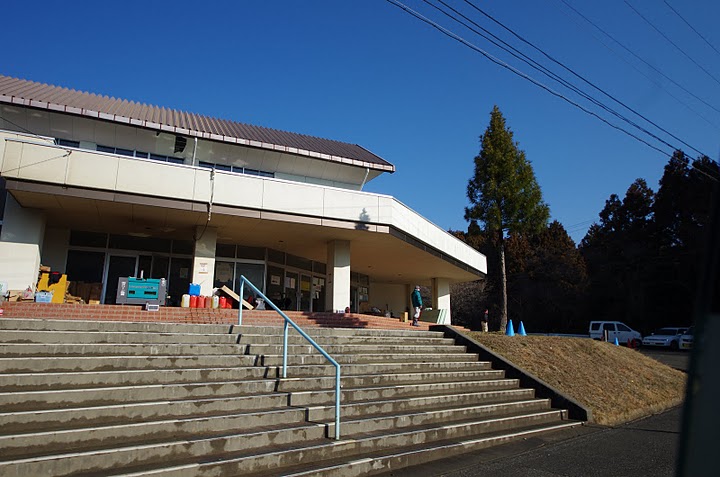 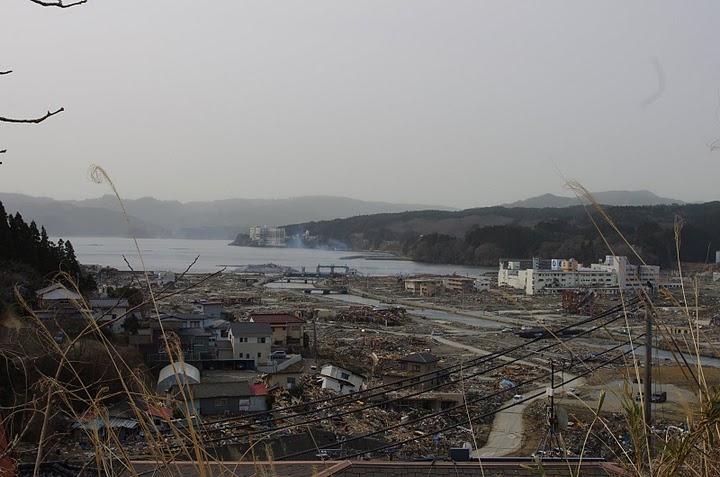 The TMAT team worked in temporary shelters and clinics, including a sports arena in Minamisanriku and Shizugawa Elementary School.

Left: The school was on top of a hill so it was unaffected by the tsunami.

Right: "The view from the school yard. The assistant principal of the school told us that many children wondered about their parents watching the cars and homes engulfed by the water and being pulled away into the sea. The earthquake occurred when the children were still on campus." 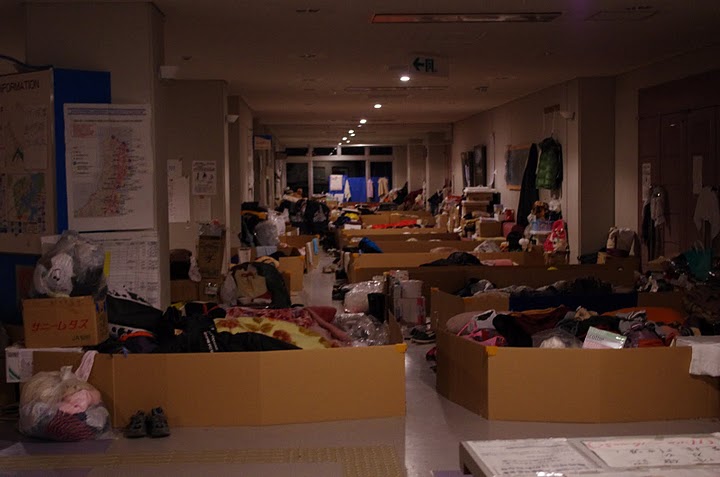 In the shelters, "people have small sections where they stay. They also sleep here. Plenty of blankets are distributed to all the residents. But, no privacy. Since there is no power or running water, vacuuming has not been done. The environment full of dust contributed to upper respiratory condition.  […] I took this photo from quite a way. I felt like I did not want to invade in their privacy. But I felt that I need to remember these folks and how they are enduring the condition." 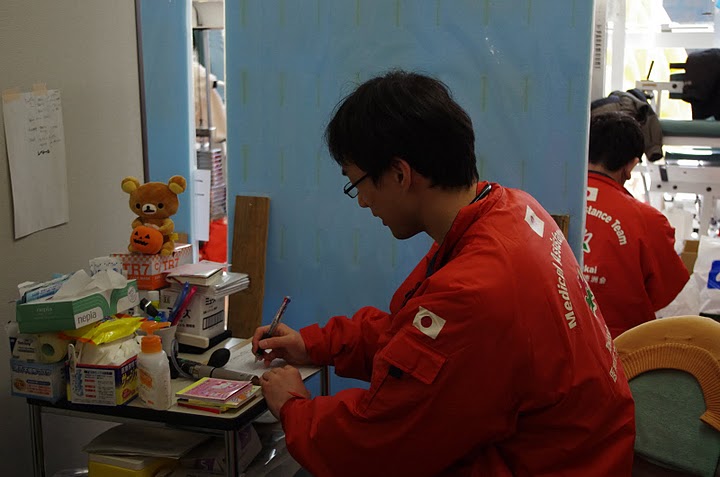 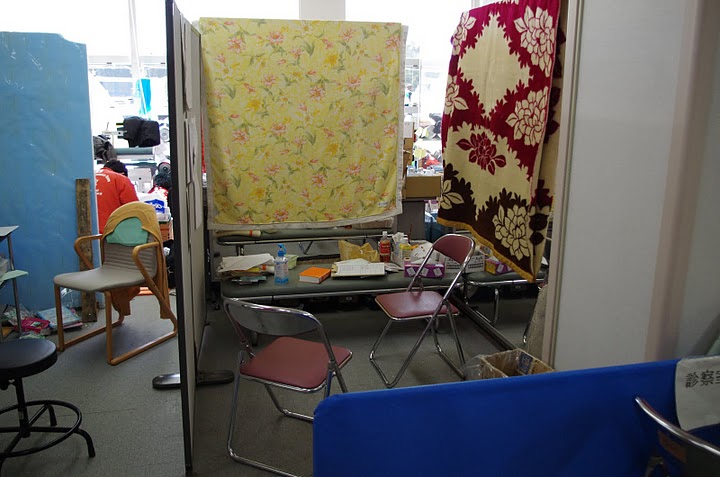 Left: "A pediatrician (Dr. Inagaki) at the examining booth.

Right: "The booth for the exam at the clinic at the sports arena. We had several booth/cubicles like this." 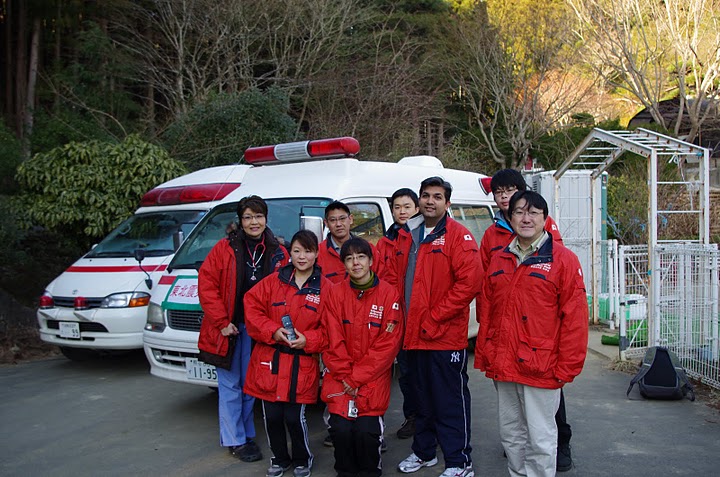 The TMAT team, including Ms. Ecklund (left) and JMSA board member Dr. Kamal Ramani (third from the right). 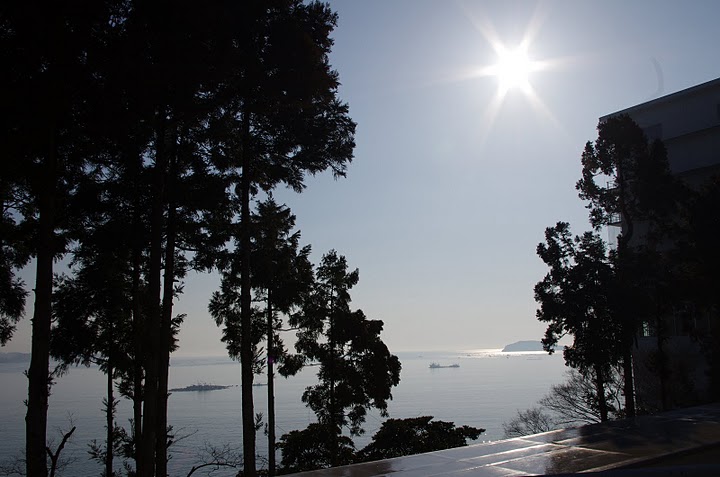 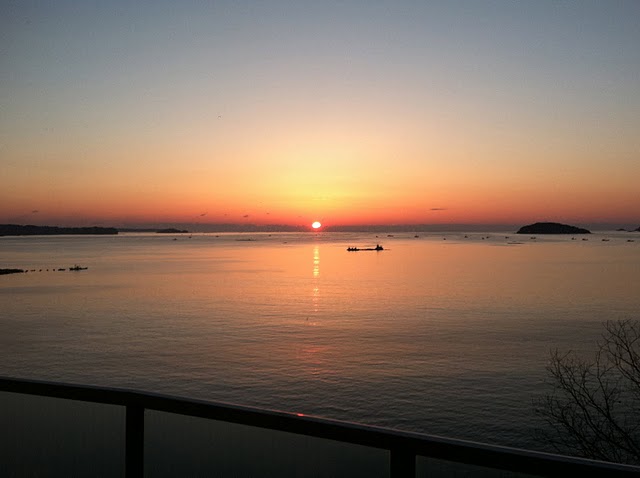 "A few more shots that I would like to share to show what a beautiful place Shizugawa Bay was. […] I hope and pray that the people of Minamisanriku can move forward. "